I’m finally starting to feel a bit better, starting to get around and basically feeling human again! There is still pain involved in every action but at least it’s bearable and I can function. So ….

The Evilness came out to play, left me some instructions for the day, kinky instructions that help to make the PE obvious and they also make me feel sexy and wanted …. win/win! It’s nothing complicated but it involves toys and ‘tools’ of the trade and always gets my mind racing. Ten minutes are really all it takes …. *giggle* 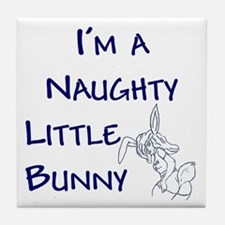 Naughty rabbits can’t leave it at just that though! After I had completed His request I made sure to clean everything and then arrange it, very neatly and in order of where they would have appeared had He been here to watch! *wink*

First the mat goes on the floor, with the towel on top for easy cleanup … *giggle* Then comes the gag in front, pins and other toys follow suit, on the towel and in relatively the same spot they would have been just minutes before. There, almost done …

A note written in gratitude for the minutes He left for me today. A note to acknowledge that I followed His orders and completed His request, neatly tucked into all the toys. Everything on the mat by His bedside chair … right there where He can imagine me kneeling in wait.

The bedroom door was left open, He wouldn’t have any reason to suspect a thing until He almost walked right onto the place I had waited. *giggle* A fun surprise at the end of a long day!

‘I liked that very much, nijntje. That was a nice surprise.’

Then I asked Him if it had all been hidden away again.

I think He likes it, this power.

I know something inside me does! *giggle*