For some reason this thought was on my mind this morning when I crawled out of bed …. I am married first, D/s or M/s or what have you second. Married definition is much simpler anyway.

As much as I would miss the idea of domination and submission the truth is that the connection for us started long before all this stuff was even known to us. Label or not my husband has always been there for me when I needed something, He has always been my safe place to fall and the only one who has ever seen the real me.

I have never been afraid with Him, I have never had a doubt when it comes to our relationship and I didn’t need a collar to make that happen. My wedding ring told me all of this and more almost 20 years ago ….

He is who He is with or without a label and I am who I am, He would no sooner turn His back on me when I was in need than He would let Himself drown and I would no sooner disrespect or not follow Him then drown myself.

Rituals are interesting and kink is fun but the truth is I have never needed rules or contracts to tell me to be my best for Him, that’s why I married Him. I am smart enough to figure out what pleases Him simply by watching and paying attention. I don’t need to speak in the third person to know I belong to Him, I don’t need to kneel to show respect (although I do enjoy it) and I don’t need a label to tell me He is committed to me.

Now that He knows I look to Him for guidance He can’t forget it and now that I know His main objective has always been to watch over me I can’t forget it either. It has been that way since the day we became a couple, nothing has changed we just finally said it out loud.

I married a good man first and foremost and everything I looked for then now has a variety of labels and titles to sort through. To me the title ‘husband’ means I am anything He wants and just how He wants because that’s why I chose Him in the first place, and it also means He is everything I need and I am His first priority. 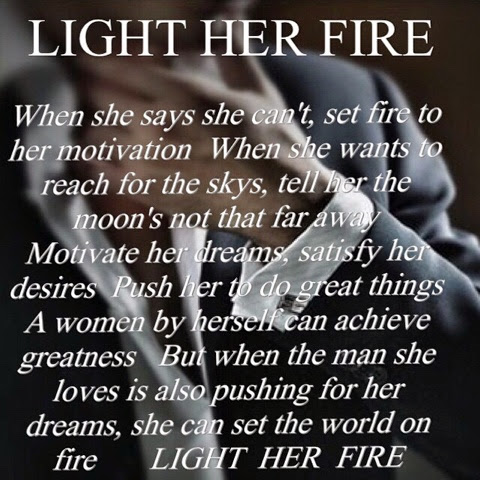 I had all of that with my wedding ring, all we did was add more kink. If anything reading and learning about dynamics caused more confusion than help. The idea that you should be communicating and honest with each other in order to have the best relationship possible is not a D/s only idea! Attentive listening is not a D/s idea, and respect for one another is not a D/s idea either, it’s a human idea, or at least it should be.

We never fought, we never called names, we never disrespected each other and not because we didn’t talk or didn’t spend much time together as I see out there with other couples. We have always been together for every possible moment, we walk together, talk together, work together on projects, yard work together, house renos even, everything we do when possible is together, we even shower together since the very beginning!

I have also always put Him first, when I make lunch He gets the nicest looking plate, if there is one french fry left I offer it to Him, last square of chocolate, yup still His! I have always dressed to impress Him, I have always put in effort to be pleasing for Him …

Many moons ago when we were first married Sir used to take me out dancing all the time. He doesn’t dance but He knew it made me happy so we went. I have never been shy on the dance floor and I have never had need for attention either but I recall the first time someone approached Sir, about me.

He was up at the bar with friends and I in the middle of the dance floor as usual, sometimes with friends and sometimes by myself, when the music starts I don’t care what it takes, I’m dancing! lol Anyway, man after man would come ask to dance and all of them I’d turn away, one actually went up to Sir at the bar and stated “She’s yours isn’t she?” When Sir said yes, the man said “You’re a lucky man ..” and moved on.  We were a dance floor apart, I hadn’t been back to my seat in well over an hour but the connection was clear apparently to anyone watching. It was dark, it was loud and it was packed but everyone knew I danced for Him ….. no collar, no label, no protocols.

Married first …. we have managed jobs, kids, responsibilities and hard times this way. Health scares, family stress, you name it.

Never alone, never divided. Maybe our idea of married is just different from most.