I’m having a wonderful time laughing and living with my one and only! I guess that the last few hangups have finally been worked out and I’ve listened to a very smart friend who has been kind enough to let me talk and listened when needed as well as offered some thoughts for me to ponder in the mean time ….

I’ve made a few changes recently, all in my mind really, that have brought me back to myself. Sometimes being smart and witty and a take charge kind of person is hard to reconcile with being submissive …. no I’m not saying you can’t be, obviously, I’m just saying that sometimes for me it’s hard to tell when to wait and when to go with my instincts and do what comes naturally. What I have found is that I don’t need to change how I’ve always been to be His submissive and He likes it better when I don’t change!

I wasn’t consciously changing but I was second guessing myself and not doing what I would have thought to do instinctively because I didn’t want to be too strong ..?!?! It’s difficult to explain I guess, but I just don’t really identify with any of the sites and stories that I have been reading and so it was leaving me with the impression that I didn’t know what to do, until someone pointed me in another direction! 😀

The truth is that when we started down this road of D/s I was in control of pretty much everything and Sir was pretty much checked out for the most part. Most of our conversations about things that we didn’t see eye to eye on were met with resentment and either I was ignored or He got snippy. There weren’t many, maybe a handful in total, but that was more than enough for me ….. I was losing my patience and He was not listening to me. This is exactly the opposite of what we really are and the opposite of what we wanted! So I started thinking and trying to get an objective look at what the heck had happened here.

It did finally become clear that I was leaving Him no room to be in charge of anything and therefore leaving Him feeling redundant and in turn useless. Very much the opposite of how I saw Him mind you but He didn’t realize just how much I did rely on Him because I didn’t make it obvious, now I do. He didn’t notice the way I came to Him but now He does.

So a little bit ago I was making a decision that involves my work, it’s an area that Sir does not have control over because it’s my business and my expertise so why would He assume to know the answers in something He is not practiced? Anyway, I had spelled out a couple of the thoughts on my mind and explained what I had thought to be the best choice and asked Him for His input. He let me know what He thought, He said that I was making the right choice and (I really enjoyed hearing this part) He said He wouldn’t have expected any less from me. 😀 (It was a financial decision, it was not in my favour but it was the right choice for the family I was discussing).

Once that was all said and done He turned and said that I knew I didn’t have to ask permission for things that related to my business, and I said yes Sir I know but if you think back just a bit you’ll realize that I have always asked for your guidance and opinion on this. I saw an eyebrow raise and I’m pretty sure I even saw a light bulb! LOL There are still times now that something will come up and get handled and He realizes that I have always come to Him in this fashion. 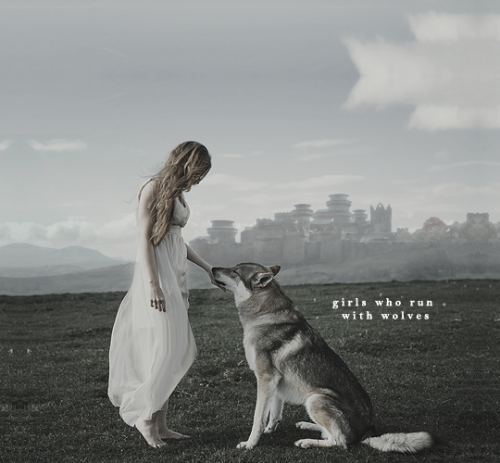 Just because I’m strong and able and capable of doing it on my own doesn’t mean I rely on Him any less, it just means that we do things our own way, maybe more subtle and maybe missed by most, but still very much part of who we are.